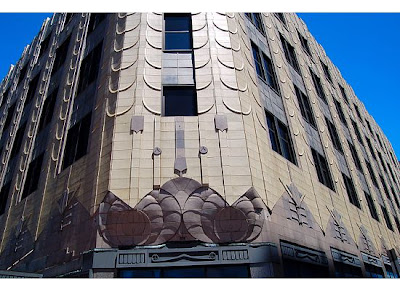 In less than two years, the Friedman and Dublin team worked its magic and a new developer -- Eagle Point, a Maine firm with strong ties to St. Louis -- was in place. The $12 million dollar rehabilitation construction is well under way with completion expected by year end and residents moving back into an exquisitely-restored historic building by early 2008.

Encouraged by the National Trust for Historic Preservation, some areas are using historic tax credits as a way of preserving affordable rental housing.
Mercy Housing in Savannah received the Trust’s prestigious National Preservation Honor Award for creating 70 units of affordable housing in buildings that were historic, but rapidly deteriorating.

According to the trust, Heritage Corner was originally constructed as housing for low-income workers in the early 1900s in what is now known as Savannah’s Cuyler-Brownsville Historic District -- one of the city’s oldest and poorest neighborhoods. Before Mercy Housing’s purchase and restoration, Heritage Corner families struggled with blight and overcrowding.

“Heritage Row, a continuous block of buildings constructed in 1912, was also in need of considerable rehabilitation to make them habitable,” a Trust press release states. “Where apartments once were unheated and raw sewage often ran through courtyards, residents now enjoy comfortable homes with modern conveniences, playgrounds, a community garden – and even a new branch library.”

Posted by Steve Wright Communications, Inc. at 4:10 AM