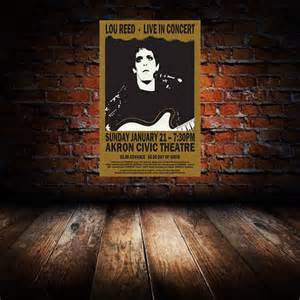 Ooohhh, her life was saved by rock 'n' roll

The first real rock concert I ever attended was Donna Summer. It was the summer of 1979, and she was touring in support of her Bad Girls album. The title track and the single, Hot Stuff, were in heavy rotation on top-40 FM radio.


Why did I choose the Disco Queen to be my first? It wasn’t because I was a die-hard Donna fan, although I did enjoy her music. It was more about female bonding.


I’d finally made it through a brutal six-month recuperation from bilateral ankle fusion surgery that included three trips to the O.R., a month in the hospital, and two months’ of missed classes during my freshman year of high school.


It was also the first time I’d ever attended school in a wheelchair. The first few days I drew lots of stares. Then I became invisible as most of my classmates looked right through me.


But not all of them. I was blessed to have a tight-knit group of loyal friends who didn’t care that my butt was planted in a 25-pound metal, vinyl and rubber contraption. Girls who weren’t bothered that I was making my way in the world in a seated position. Cool chicks who pushed me around school, joked and laughed and made me feel accepted.


My parents bought tickets for me and my crew, and drove the two carloads of us to Blossom Music Center in Cuyahoga Falls, OH to sit on the lawn and sing "toot-toot, hey -- beep-beep" at the top of our lungs.


(Of course, there are some I’d rather not cop to. Lionel Ritchie, Asia and the Spin Doctors come to mind.)


Sometimes attending a show in a wheelchair is more than a little risky. I recently saw the Gypsy punk band, Gogol Bordello -- at the Culture Room in Ft. Lauderdale -- while sitting in the pit right in front of the stage. Lead singer Eugene Hutz leaned forward and rained sweat down on me several times. That part was epic.


The risky part was being wedged in a mob that was pogoing, shoving and passing crowd surfers overhead. My wonderful husband anchored himself next to me, his body serving as a buffer between me and everyone else.


Other times, showing up in a chair is a major advantage. In October 1993, my husband and I saw Nirvana at Hara Arena in Dayton, OH. It was during hockey season, and most of the crowd had to stand on the plywood covering the arena’s ice floor. But some visionary had built a large raised, ramped platform six foot above the floor. That’s where we gimps and our companions sat, our sight lines gloriously unobstructed as we rocked out to Heart-Shaped Box, Lithium and Smells Like Teen Spirit.


Perhaps my greatest wheelchair triumph story was showing up to see the Replacements in February 1991 at the Newport Music Hall in Columbus, OH. I’d won admission to the show by calling in to a local alt-rock radio station. But when the door guy checked the guest list, my name was inexplicably missing. I looked up at him with the saddest hangdog gimp expression I could muster. My husband and I got the wave to go on in. Nobody got bent out of shape at that swingin’ party. 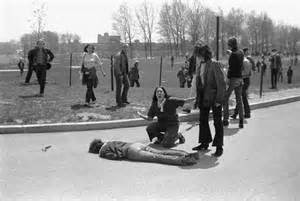 It was 13 seconds that changed so many things. The way Americans viewed the Vietnam War. The reputation of a university. The lives of four families who would never be the same.

May 4, 2015 marks the 45th anniversary of the Kent State shootings. When National Guardsmen -- called in to quell Vietnam War protesters -- shot their weapons in the air for 13 seconds, killing four students, and wounding nine others.

Americans were shocked and angered. Every parent of a college student froze in fear.

I feel compelled to reflect on this milestone, to write about it because I went to Kent State University.

To be precise: I am a proud Kent State graduate.

I enrolled 12 years after the shootings, after the Vietnam War ended, when the go-go 1980s Reagan Era was picking up steam. When Levis bell bottoms had given way to designer straight-leg jeans. When hair got big instead of long and stringy. When classic rock faded and New Wave ruled.

So why does May 4th matter to me?

Because Kent State matters to me. I got an outstanding education there. Just as importantly, Kent is where I learned to stop being apologetic and ashamed of my disability.

Posted by Steve Wright Communications, Inc. at 2:48 PM No comments: