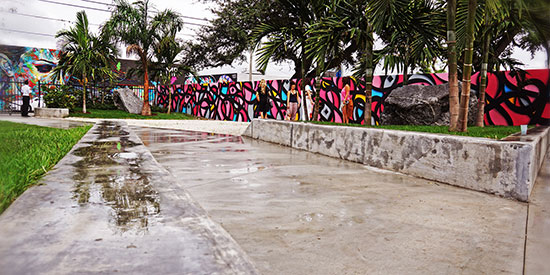 All the world knows that Miami is the center of the art world when Art Basel Miami Beach comes to town, bringing with it a carnival of art fairs during the first week of December every year. But South Florida residents and visitors in all seasons know that there is a terrifically vibrant art scene in Miami year-round.

To cite just three examples of this creative energy, consider these art happenings: a new garden space and murals at Wynwood Walls; Magnus Sodamin’s explosions of color transforming a neighborhood; and the red fabric installation at the Bass Museum annex at the Miami Beach Library.

Miami’s Wynwood Walls project continues to dominate the regional mural conversation, with the enormous new Wynwood Walls Garden space as well as a new indoor gallery space woven into the project’s curatorial theme of “The Art of Collaboration.”

“Walls of Change,” created for Miami Art Week 2015 in December, features 14 new murals and installations in the newly completed back courtyard that is Wynwood Walls Garden. Officially opened in December, the garden space represents another project spearheaded by Goldman Properties, the real-estate and urban development company that revitalized/gentrified the area after revitalizing Soho in New York in the 1970s and South Miami Beach in the 1980s.

Prior to his appointment in 2010 as director of the Museum of Contemporary Art in Los Angeles—a post he resigned in 2013—curator Jeffrey Deitch co-curated the original exhibition of murals in the original courtyard space by the restaurant. For Wynwood Walls Garden, Goldman Properties commissioned the Spanish murals team of Pichi and Avo to create works on discarded, repurposed metal shipping containers, and then stacked them on top of each other to create an installation sculpture.

Santiago Eliaschev, director of architecture at PlusUrbia, noted in a press release that “the idea was to take the Wynwood Walls and Doors concept a step further by merging art and nature. The garden itself was designed around sight lines and vantage points to experience the murals. In essence, the garden functions as a stage where the murals are the protagonists. It’s a serene place to relax in the shade, a retreat from the concrete and asphalt.”

According to the Real Deal website, the Wynwood Walls Garden could soon be home to a restaurant or other retail space, which would join the popular Goldman family eateries flanking the original Wynwood Walls: Joey’s Italian Café and Wynwood Kitchen & Bar.

For now, though, the space is open to the public, now free from Art Basel and Miami Art Week traffic and tourists.

“Wynwood is about exploration and discovery as much as it is edgy and unrefined," Eliaschev added. "We incorporate all these elements into an urban landscape, an oasis that enhances the way you experience art.”

“In whatever way this space is used,” he concluded, “we hope people can appreciate and experience how art and architecture and landscape can be combined to create a unique place.” 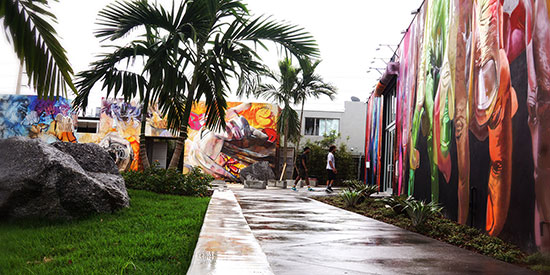 Posted by Steve Wright Communications, Inc. at 1:38 PM No comments:

HUMOR FROM THE EARTHBOUND TOMBOY FILES 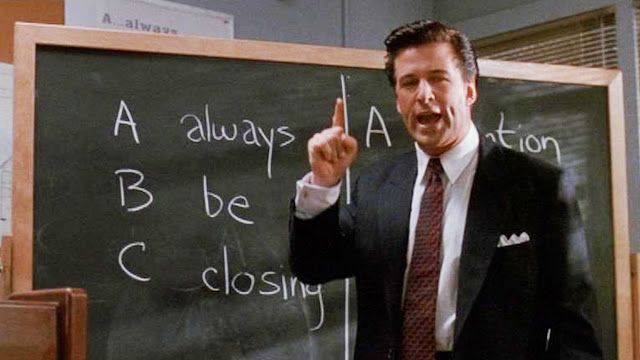 MY DIRTY LITTLE SECRET
by Heidi Johnson-Wright
I have a dirty little secret, one I’ve been keeping for 26 years. Once upon a time, I worked for a penny stock firm.

Yes, I know how it sounds. But before you stop reading and cast a pox upon my house, please hear me out.

I was a newly-minted young lawyer in search of a job in a city the spat out hordes of newly-minted lawyers every six months. My husband and I no longer qualified to live in $268 per month (utilities included) married-student housing at Ohio State. We found a modest bungalow to rent nearby, but our monthly expenses doubled. I had gone on numerous job interviews, all of which yielded exactly nothing.

They were desperate times, indeed.

I considered that maybe I wasn’t an appealing job candidate because I didn’t currently have a job. So I responded to a newspaper ad promising to build my business experience with income limited only by my own level of initiative. The company had one of those reassuring Plymouth Rock-sounding names used by banks and insurance companies.

A few days later, I found myself sitting across the desk from a white-haired, sixty-something man who looked like a sweet older guy you might regularly see at a local diner. He was personable and charming. He explained the job was at a stock brokerage which would pay me to get my license and train me to sell their investment products. He made it sound so simple, and hired me on the spot.

I was thrilled, but immediately had to push nagging doubts to the back of my mind. If he was an experienced, reputable business man, didn’t he know asking about my marital status was a violation of federal employment laws? Also, why did he keep pronouncing the word “business” as “BIN-ness?”

I reported for work the following Monday. The brokerage offices were in an office park straight out of the movie, “Office Space.” Unremarkable buildings surrounded by landscaped berms, parking lots and zero pedestrian connectivity.

I was nervous but comforted to find out I wasn’t the only new recruit. I was assigned a desk in a row of cubicles populated by other newbies. The white-haired older gentleman was the main supervisor but rarely had contact with us. We were given our marching orders by a middle-aged guy who arrived each morning with an untied tie hanging around his neck. He gave us materials to study so we could sit for the licensure exam in about a month.

“I can do this!” I thought. “Hadn’t I studied for and passed the bar exam just six months ago?”

So I threw myself into the material. I -- who at age 25 still only had a sketchy understanding of how the stock market worked – studied and memorized as if my life depended on it. And it kind of did. My husband and I had bills to pay. The terms of my employment were that I would be paid $150 per week for four weeks. After that, the only income I would have would be whatever commissions I earned on sales I made.

During the first several weeks, I would take occasional short breaks to chat with my co-workers. We all shared some sort of quiet desperation: a thirty-something single mom who had lost her previous job, a couple young guys who dropped out of college, a guy who used to write children’s books about good health and a Chinese-American woman who had recently found Jesus.

None of us knew anything, really, about selling stocks. And we had only the foggiest notions about the type of stocks we were expected to sell. I heard someone talking about a vending company that sold machines from which you could buy freshly-made batches of French fries. (“Crisp, not greasy! Who wouldn’t buy stock in that company?”) There were other companies seeking to raise money through stock sales, and all of them seemed to have WASP-y Pilgrim names, too.

Finally, I aced the exam and got my license to sell stocks within the State of Ohio. I was psyched. “Bring it on!” I thought. Now I was given a script to follow, along with index cards containing leads: people the company had identified as being likely to purchase dubious penny stocks from complete strangers cold-calling them out of the blue. What could go wrong?

The second day after I got my license, the middle-aged manager with the untied ties came around and asked to speak to all of us “ladies.” With a sheepish grin, he told us to leave work that day at 4pm. When we asked why, he looked at his shoes and informed us that one of the guys was getting married and they had ordered a stripper to come to the office at 4:30 “and grind on the bridegroom.” He didn’t want us to feel uncomfortable.

He also politely told us to quit asking too many questions about the products and just keep making sales calls. He told us to stop mentioning Junk Bond King Michael Milken, who had recently plead guilty. If we learned too much, we might accidentally utter the phrase “junk bond” to a potential client.
About a week into my sales career, I began to suspect the leads were crap. Why did every single person I called sound angry or mentally unsound or just plain hang up on me?

During my two months at the brokerage, while I was trying to make a sale and avoid the Chinese lady Jesus freak who insisted I wasn’t saved, I interviewed for an attorney job and nailed it. I could finally move on to my chosen profession and extricate myself from one that had begun to feel like something that could earn me a prison sentence.

Five years later, I took a job with the state government agency that investigated allegations of securities fraud. I learned that my agency was investigating -- you guessed it -- my former employer, the Plymouth Rock gang. The older guy who hired me and struggled to pronounce the word “business” copped a plea, as did others.

I wasn’t involved in the investigation, but tearfully told my new boss, the chief legal counsel, about my checkered past at the brokerage. But since I’d never made a stock sale, I had nothing to worry about.

Sometimes underachievement pays of after all. 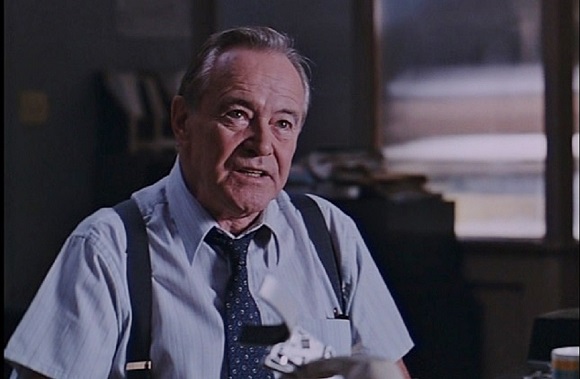 Posted by Steve Wright Communications, Inc. at 2:30 AM 1 comment: