2021 CITY, COUNTY AND STATE BUDGETS MUST BOOST FUNDING OF ADA DEPARTMENTS AND SERVICES

COVID-19 HAS IMPACTED REVENUE, BUT IT WOULD BE
DEADLY AND DANGEROUS TO CUT FUNDING FOR
THE DISABILITY COMMUNITY IN A TIME OF PANDEMIC 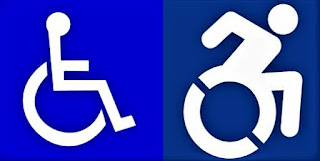 The 30th anniversary of the ADA will be observed July 26.

While America has come a long way in the past three decades, people with disabilities still face many barriers that prevent them from having equal access to education, jobs, housing, transportation, recreation, health care and more.

The pandemic has only underscored the glaring gaps in what should be and what the reality is in terms of a barrier-free environment for people with disabilities.

Many cities, counties and states once had fairly robust amounts of staff members and budgets to serve the one in five Americans that experience some kind of disability.

The 2008-2009 financial crisis reduced a lot of expert staff and slashed budgets.

While virtually every department hired back staff and swelled budgets over the ensuing decade, those upholding the ADA were sometimes neglected. 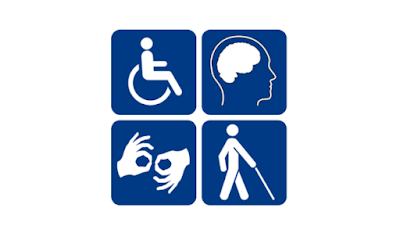 In many cities, in South Florida and far beyond, the ADA coordinator is a part time position, or even worse: it’s added to the duties to a person whose primary job is as a city engineer, attorney, project manager, etc.

Basically, a person is “punished” by having ADA added to their long list of job duties.

How can we expect that person to become an expert or an advocate for constituents who very much need both?

People with disabilities deserve proactive, not reactive or reluctant ADA point persons representing their interests at the state, county and city levels.

Because COVID has greatly reduced tax revenues, while greatly increasing expenditures on everything from health screenings to emergency rent grants, there will be budget cuts.

There will be a great (yet totally wrong) temptation to look at ADA services as a luxury rather than a necessity. That could mean expert staff members could be fired for no reason.

Already strained, threadbare budgets could be slashed to the bone and beyond.

This would be a violation of the civil rights of every American. Disability touches virtually every family. 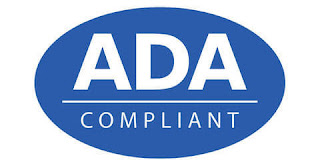 Along with reacting to the pandemic, the biggest concern of every decent American this year has been equality and inclusion.

The push to end systemic discrimination and police brutality, often victimizing people of color, is a noble and worthy pursuit that I back wholeheartedly.

But in our race to level the playing field, to commit to equality, to remove barriers – we must include people with disabilities in this discussion.

They are the most underemployed and unemployed of any minority group in America.

Government – at the city, county and state level – has the responsibility to set the standard when it comes to facilities, programs and policies that break barriers and end centuries of disability discrimination.

This is a call to action.

Tell them that disabled lives have worth.

Tell them to have the strength of character needed to not only resist budget cuts to ADA departments, but to find ways – grants, foundation dollars, partnerships – to increase ADA staff and budgets.

It’s simply the right thing to do.

Posted by Steve Wright Communications, Inc. at 12:00 AM

Labels: 2021 CITY, COUNTY AND STATE BUDGETS MUST BOOST FUNDING OF ADA DEPARTMENTS AND SERVICES, DEADLY AND DANGEROUS TO CUT FUNDING FOR THE DISABILITY COMMUNITY IN A TIME OF PANDEMIC