WHEN DOES THE FREEDOM TRAIN ARRIVE?

AMERICA’S BICENTENNIAL CELEBRATION ON JULY 4, 1976
WAS SOMETHING TO BEHOLD -- FOR ABLE-B0DIED PEOPLE


President Gerald Ford presided over a televised pyrotechnic display in Washington, D.C. that seemed to set the celestial vault on fire. An international fleet of tall-masted sailing ships gathered in New York. A few folks even tossed bundles labeled “Gulf Oil” and “Exxon” into Boston Harbor during a tea party that took satiric political jabs at corporate power.

But the nation truly starting gearing up in 1975. Fire hydrants and mailboxes, like mood rings, turned red, white and blue almost overnight. It seemed like every consumer product -- from cereal to sneakers -- had a bicentennial version, complete with stars and stripes. Even Disneyland temporarily replaced its nightly extravaganza with one called “America on Parade.”

Americans were aglow with a patriotic fervor, hopeful that the pain of Vietnam and Watergate were finally behind us.

The American Freedom Train began chugging along its cross-country journey on April 1, 1975. With 26 cars and three newly restored steam locomotives, the train toured the Lower 48, ending its sojourn in Miami, FL on December 31, 1976.

At each stop, visitors road on a people-mover conveyor through the train’s 10 display cars. What they saw was captivating: more than 500 treasures of Americana. George Washington's personal copy of the Constitution. The original Louisiana Purchase. Judy Garland's dress from The Wizard of Oz. Joe Frazier's boxing trunks. Dr. Martin Luther King's pulpit and robes. Replicas of Jesse Owens' four Olympic gold medals. A moon rock brought back by the Apollo astronauts.

I found out about the Freedom Train from my fifth grade teacher. My school would be going to see the train on May 14, 1975, when it was scheduled to chug into Cleveland. I was ecstatic. I, too, was swept up in the fervor. I’d been collecting bicentennial coins and stamps. I had a T-shirt of a roller-skating rabbit bedecked in stars and stripes. I’d been drawn to bicentennial products, even Kentucky Fried Chicken.

Best of all, a field trip into Cleveland meant no classwork for the day.

Then my mom told me she’d received a phone call from my teacher. Seeing the train meant standing hours in line, climbing steps to a platform and more standing on the narrow conveyor belt. People with disabilities were not accommodated in any way. There were no apologies or rationalizations for this. Why would gimps need to go see it anyway?

I did not go to the Freedom Train. I spent the day at home watching game shows and soaps.

Yes, that was 40 years ago. Things have improved, I tell myself. Attitudes and the world around me have improved.

Yet just a block from my house, the street does not have curb ramps. When I go to doctors’ offices, there are no lowering exam tables that I can transfer to. When I drive through residential neighborhoods, I see multitudes of inaccessible houses and apartments. Restaurants have raised tables I cannot be seated at. New buildings are constructed with barriers in violation of current building code.
Then I wonder, when does the real “freedom train” arrive? The one without barriers? The nation that welcomes all?

I’m ready and waiting at the station. 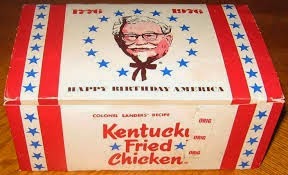 Posted by Steve Wright Communications, Inc. at 10:42 AM No comments: 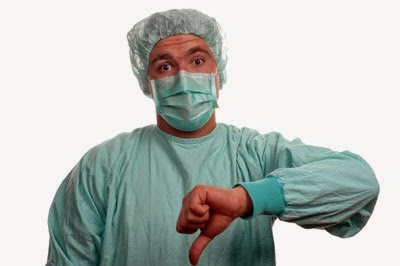 I really hate for it to end this way.

But I can no longer put up with your incompetent staff.

“I have an appointment with you, why are you going home?,” I pleaded.

Some staff woman walking with him, without even asking my name, said “100 percent sure you are wrong. Wait your turn for the doctor.”

“My appointment is with the assistant, not the doctor” I said, rushing to the reception window to plead my case.

One of your nasty staffers claimed I never checked in.

“Yes I did,” I politely replied.

“If you did, who did you check in with? I demand to know her name,” he shot back.

“Well then you are lying, you didn’t check in,” he stated.

“Why on earth would I come here, pay to park, sit in the lobby and not check in?  That makes no sense,” I said, now raising my voice slightly in frustration.

Stunned, raised my voice, asking why the onus is on the patient to make sure staff does its job.

“This makes no sense. I’m not leaving till my appointment is honored” I said.

“You are a no-show. You have been marked as a no show,” he barked.

“You are lying. You were not in the lobby,” he said.

Of course, I say a few choice words at this abject abuse.

After being advised I would be escorted from the premises if I railed any longer against the incompetence and abuse of your staff, I was seen by your office manager – the only competent person I have ever dealt with on your support staff.

After maybe 20 minutes of waiting, he finally got the prescription I so urgently needed.

Along with my wheelchair-using wife -- who also has been treated like dirt by your lazy, incompetent and abusive – I must find an M.D. who cares enough about patients to have a professional support staff.

Good day and good luck to you. 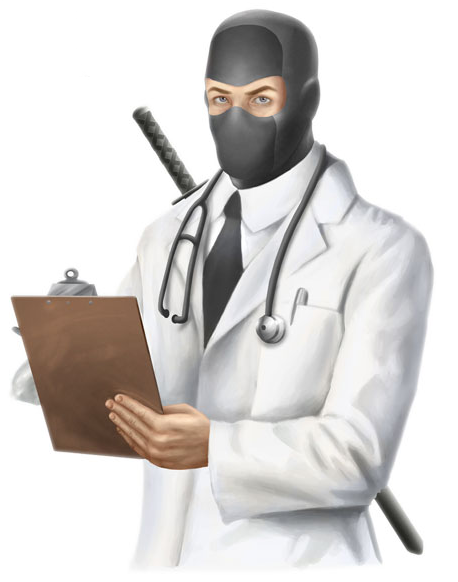 Posted by Steve Wright Communications, Inc. at 6:18 AM No comments: