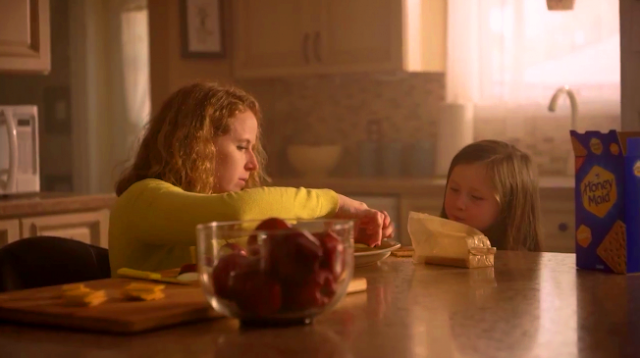 
I came of age in the late 1970s, when the girls in my high school sported ultra-shiny lip gloss and perfectly feathered hair. They wanted to be like Farrah Fawcett or Margaux Hemingway, pop culture “it girls” who danced the night away at Studio 54.

I wanted my share of fun, too. But I couldn’t imagine myself doing the bump or the hustle with a partner on a dance floor. The arthritis had turned my body against itself. Instead of grinding with a hot guy in a club, my joints were grinding bone on bone.

I began using a wheelchair for mobility. And I realized that Charlie had no gimp-girl Angels. Faberge wanted no crip chicks in its fragrance ads. It was painfully evident that no women in popular culture looked anything like me.

The only wheelchair user I saw depicted in popular media was Ironside, the character Raymond Burr portrayed in the TV cop drama. A former detective forced into retirement after a shooting renders him paraplegic, he becomes a special police consultant who solves crimes in a wheelchair.

I looked around and saw no positive female role models in wheelchairs. No crip chick characters on TV or in the movies. No gimp girl heroines in books or narrators in music or poetry. Didn’t do a whole lot for my adolescent female self-image.

Decades later, pop culture hasn’t made as much disability-positive progress as I’d like. But things are undoubtedly better. Case in point: my friend, Stephanie Woodward is in a Honey Maid graham cracker commercial.

Honey Maid has launched an ad campaign that features inclusive depictions of American families -- same-sex couples, mixed-race and blended and immigrant families. Stephanie and her niece are featured in a spot showing a disabled aunt and niece making apple and cheddar melts together on their graham crackers.

Stephanie is a disability rights lawyer and activist who is currently director of advocacy at The Center for Disability Rights. She signed on for the project, Honey Maid says, because she—and many in the disabled community—want real disabled people featured on TV and in the media, not actors playing disabled people.

Check out the ad at: https://www.youtube.com/watch?v=d4TncEFoI3Q&feature=player_embedded

Posted by Steve Wright Communications, Inc. at 1:31 PM No comments: 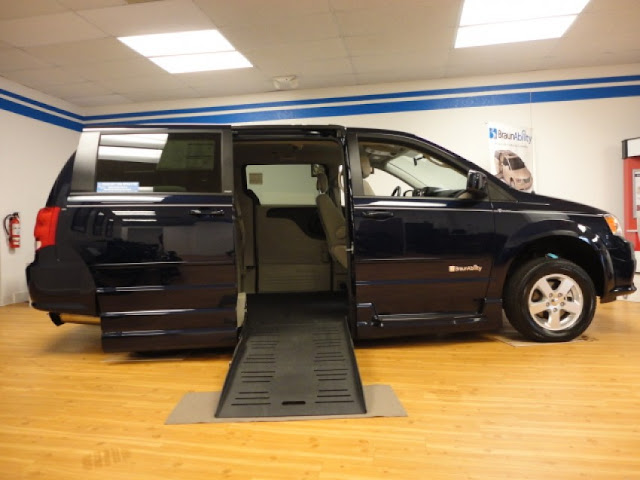 FROM THE EARTHBOUND TOMBOY FILES...


I think it was the day I drove through a tropical thunderstorm with my window down that I knew. I didn’t want buckets of rain soaking me to the skin as I crossed the McArthur Causeway, but I had to see in order to drive. This required sticking my head out the window because my windshield wipers had failed. And they picked a mighty inconvenient time to go on the fritz.

Something in my gut told me that my $60,000+ customized wheelchair-accessible was a lemon. But it wasn’t always like that. The first couple years were magical.

I remember my joy on the day I picked it up. Finally, the two and half years I’d spent convincing the state vocational rehab folks I needed the van paid off. They agreed that -- as a power wheelchair user -- I needed the van to stay employed. They agreed to pay for the customized lift, wheelchair lock-down system and driver’s seat if my husband and I bought the Dodge Grand Caravan. In addition, the state got to select the van conversion provider.

This left me with little choice in the process, but that was fine with me. I simply couldn’t go on driving a Chevy Cavalier that could not accommodate my power chair. I had to leave the wheelchair at my office, which meant I had no chair to use otherwise. Any place I needed to go outside the office left me no choice but to hobble around on crutches. I could only walk short distances and couldn’t carry anything with me. It was an arrangement that had become unworkable.

Those first couple years with the van, I felt like a 16-year old who’d just gotten her license. Gone were the days when I sweated going to off-site meetings and trainings for work. Now that I could transport my chair in the van, a whole new world had opened up for me.  On my off time, I went to movies, poetry readings, malls and restaurants – things impossible for me in the past. I could grocery shop, pick up dry cleaning and run to the drugstore by myself, tasks I desperately wanted to contribute to ease my husband’s caregiver burden.
All was smooth sailing until we moved from Ohio to Miami. Then it was as if some evil cosmic force awoke and took a humongous crap on me and my van.  A huge, stinky crap that coated the outside and inside, smeared all over the Dodge factory parts along with the after-market conversion parts. Let me count the ways:


Now that I’m on my second van, I think back on that big, purple hunk of junk. There were times I wanted to put a concrete block on the accelerator and let that van fly into Biscayne Bay. I still hold it responsible for most of my gray hairs.

Yet it gave me freedom in life that I could never take for granted. I’m forever grateful, gray hairs and all.

http://earthboundtomboy.blogspot.com/2015/08/giant-cosmic-crap-wheelchair-van.html
Posted by Steve Wright Communications, Inc. at 11:26 AM No comments: 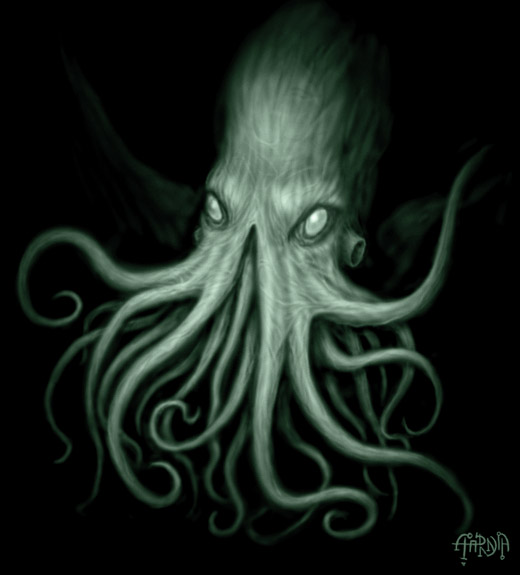 AN OPEN LETTER TO CTHULHU


Greetings, Great Old One! Hope I didn’t catch you at a bad time, but I sort of felt like this couldn’t wait. You see, I have a concern I’m hoping you can address.


Some of us pathetic creatures to whom you are malignantly indifferent, i.e. human beings, get around in wheeled contraptions. Most of the time, we manage fine, despite the roadblocks – broken sidewalks, lack of curb ramps, out-of-service elevators -- thrown our way. In fact, if the built environment was a bit more inclusive, wheeling around wouldn’t be such a big deal. So you can rest easy; I’m not asking you to place your prodigious claws on me and heal me like some sweaty tent evangelist in a bad toupee.


No, I’m writing to you for a very different reason. After years of research, including countless hours spent in musty-smelling antiquarian book shops, I discovered an ancient jungle temple dedicated exclusively to you. Imagine my jubilation when I discovered a place here on lowly Earth where I might feel a connection to you. Why, the world around me became tinted with a colour out of space!


I put my life on hold, dedicating my every thought, my every ounce of energy to reaching that holy place. I made the month-long journey to the temple on the back of a flatulent donkey, guided by little more than a map in Esperanto and a Garmin watch.


I shall never forget the day I caught sight of that temple’s Cyclopean walls, eerily hidden in an eldritch shadow out of time. Why, I cried out to Yog-Sothoth with joy! I reached inside my Miskatonic University tote bag and took out my inflatable beard (see attached photo.) But then, imagine my despair when I reached the temple’s entrance.


The dang thing has steps!


After all my time, energy and devotion, I was excluded from entering, unable to gaze at the high altar or sacrifice a goat or even check out the clearance table in the adjoining gift shop! Is there nothing that can be done?


Of course I see the paradox inherent in the situation: you have infinite powers yet total indifference to my plight. Still, I hope that you might pull a few strings and get a ramp installed. It’s not asking much, really. In fact, you’ll even earn yourself a tax credit that’s nothing to sneeze at.


Until then, I shall wait in my jungle lean-to, the donkey and swarms of unspeakably huge bugs my only companions.


A humble daughter of Dagon
http://earthboundtomboy.blogspot.com/2015/06/an-open-letter-to-cthulhu.html 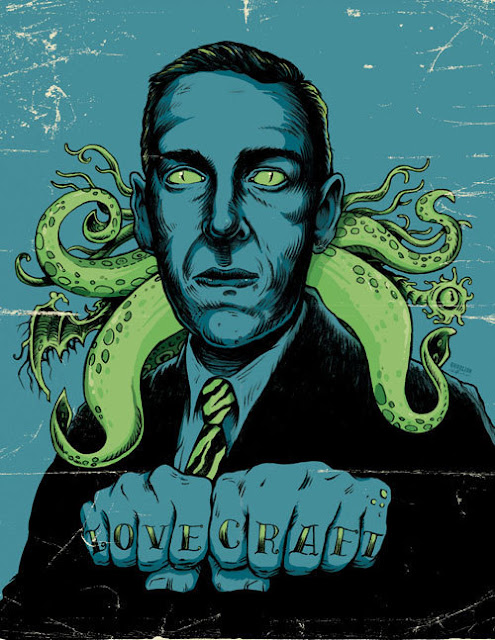 Posted by Steve Wright Communications, Inc. at 3:21 PM No comments:

PLEASE LET GIMPS IN THE DOOR 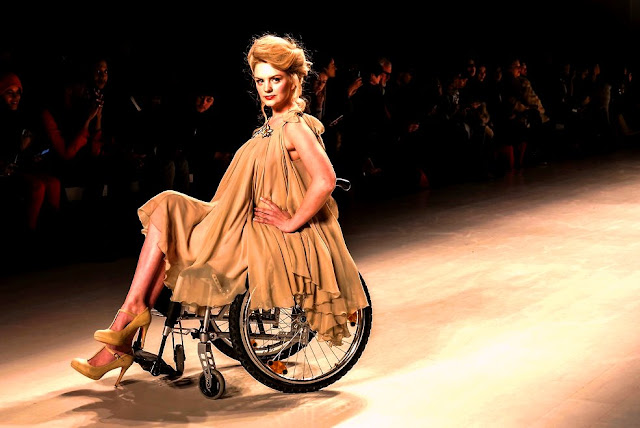 As a wheelchair-using gimp girl, I sometimes hear folks say the reason a place is not accessible is because it’s historic. Statements like “It’s one of those older buildings constructed under standards in force years ago.”

What they mean is it was built back when gimps were safely tucked away in institutions or kept hidden in the back bedrooms of family homes. You know, like the simpler, gentler era depicted in Norman Rockwell’s art: a time when families sat down together every night at the dinner table and the worst trouble little boys got into was dipping girls’ pigtails in inkwells. Page through Rockwell’s illustrations in a book or online and you’ll be hard-pressed to find gimps included in his rosy vision of an America that never was and never will be.

Perhaps you’ve heard someone say that a building doesn’t have to be accessible because it’s been “grandfathered.” When I hear that word, at first I picture a kind, gentle older man who loves to go fishing and hands out candy to his grandkids.

But then I remember it doesn’t mean that at all. It’s really an excuse to avoid letting gimps in the door. And a pitiful excuse, at that. The ADA is a civil rights law, not a building code. You can’t deny folks their civil rights simply because you’ve been denying their rights for so long, it’s magically okay to keep denying them. To follow that twisted logic would mean allowing racially segregated lunch counters to remain segregated because that’s how it’s always been.

Creating access in older buildings is often a matter of a couple factors. Are the decision makers in charge truly committed to creating an inclusive community and are the architects and engineers up to the task?

Take for example, the Uffizi Gallery in Florence, Italy. It’s one of the most celebrated art collections in the world. It includes masterpieces by da Vinci, Michelangelo and Botticelli that will make you drunk with joy. And it’s really, really old. It was completed in 1581 for Cosimo I de' Medici, who was not exactly known for being a proponent of disability rights. And yet, the Uffizi is exquisitely accessible to wheelchair users, and proud of its touch tours for people with visual impairments. The elevators and ramps are not big, ugly and awkward. They fit seamlessly into the structure, never taking away from the beauty all around.

How can this be? Shouldn’t they have told gimps, “Sorry, you’ll never see Botticelli’s Primavera because, like, the Uffizi is just too old. And, oh yeah, it’s grandfathered.”
Am I ever glad they didn’t. I’ll take Botticelli over Normal Rockwell any day.