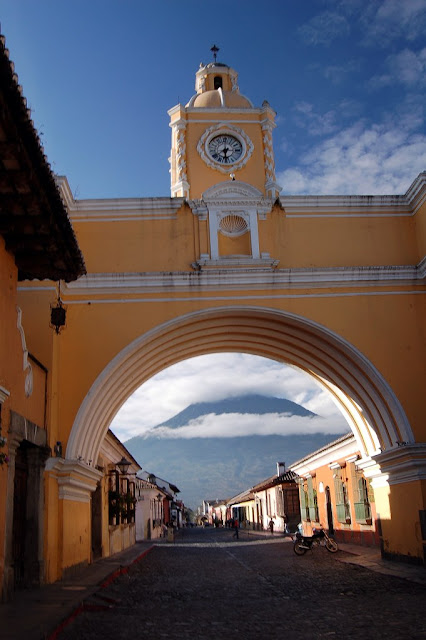 
The poverty is so abject, that schools must charge for school books and supplies.

That means only a handful of students have school materials and the rest can only crudely follow the lecture and blackboard lessons without books or writing paper.

Her greatest joy is researching the city.

She has authored and published the definitive book on her adopted hometown, Antigua Guatemala: the City and its Heritage in English, Spanish and Italian.

She also has published a book that captures the floral carpet and processional spirit of Semana Santa in: Lent and Holy Week in Antigua – available in both English and Spanish editions.

“Now Antigua is the No. 1 city destination in Central America, so everyone visits. There are efforts to achieve a balance between preservations and development through Salvemos Antigua -- a foundation I am active in -- and other groups,” Bell said.

Posted by Steve Wright Communications, Inc. at 2:29 PM No comments: 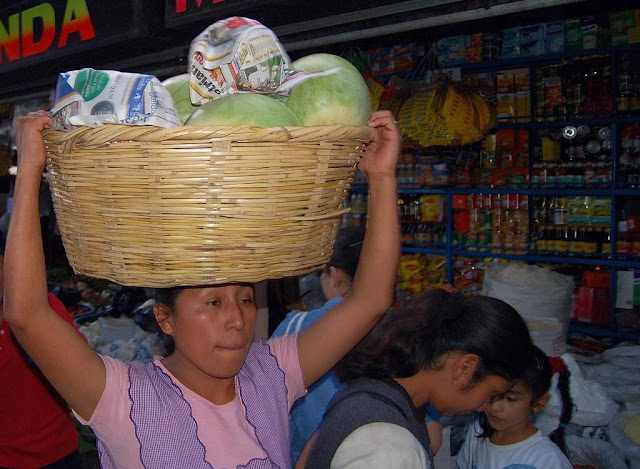 
“They have to -- it is the law. McDonald's tried to put its arches up and kept arriving in Antigua with seven corporate lawyers, but they couldn't do it,” Bell said.

“They are here, in a sort of `colonial’ McDonald's and the locals don't want to go there because it is believed there is a ghost. Locals prefer Burger King for that reason!”


In a recent election, Bell was part of a group that campaigned for an urban planner to become mayor of Antigua.

In a nation where violence and bloodshed is not too terribly rare in politics, Bell’s group staged a peaceful, but ultimately unsuccessful protest of the ballot box results.

She continues to be a major sponsor of the restoration materials for the Colonial Art Museum.

Bell also has financially supported the restoration of several historic paintings that were careworn and in jeopardy of being lost to neglect from lack of funding.

Posted by Steve Wright Communications, Inc. at 2:26 PM No comments: 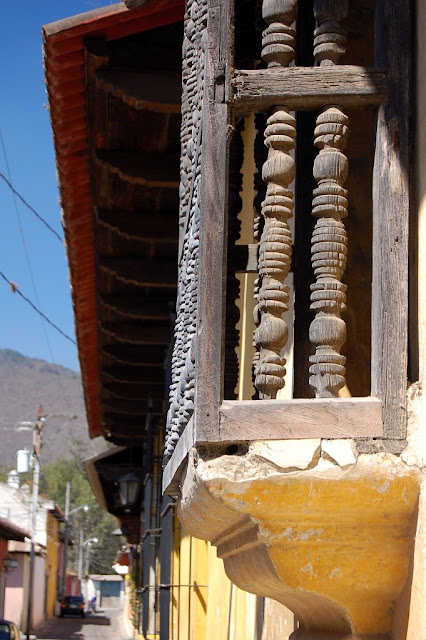 
Bell received a certificate in Architectural Conservation at the International Centre for the Conservation and Preservation of Cultural Property (ICCROM) in Rome in 1983.

Bell has conducted cultural tours since 1992. She is an active member of various associations in Antigua that provide private sector support for preservation and positive development of Antigua.

“It is an on-going effort to preserve the city and the next few years are critical,” Bell said.

She noted that tourism brings much-needed dollars to impoverished Guatemala, but as Antigua gains popularity, it also feels increasing development pressures from those who would destroy the centuries-old urban fabric and compact city in the name of chain resorts, restaurants and shops.

So far, Antigua’s leadership has held the line in keeping chains from demolishing historic buildings and forcing those mega businesses to conform to the vernacular of the area.

Posted by Steve Wright Communications, Inc. at 2:24 PM No comments: 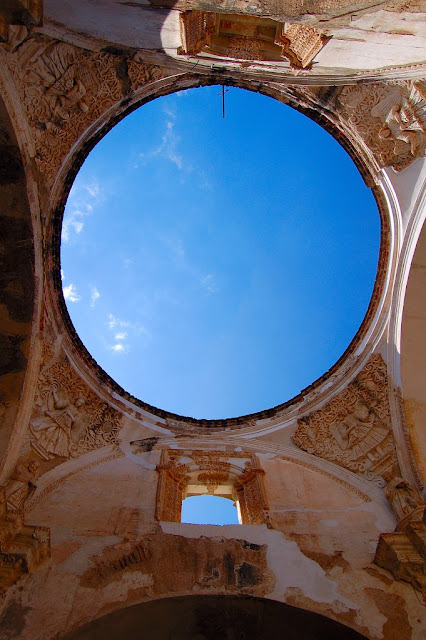 Although the population topped 60,000 in the 1770s, Antigua’s current population is roughly half that.

The city is a mecca for grand weddings among the ruined cathedrals and Spanish immersion classes in the dozens of schools that have sprouted up as adaptive uses of old low-rise Mudejar-influenced buildings.

Not a native Spanish speaker, Bell acquired the language and graduated from the University of San Carlos in Guatemala, holding a degree in Teaching English as a Second Language.

After experiencing the 1976 earthquake in Antigua, she worked on her Master of Arts at the University of Washington, majoring in Latin American history.

Upon her return she co-authored the first of her series of books on Antigua.

She was Director of Educational Programs and Public Information at the Consejo Nacional Para la Protección de La Antigua Guatemala (the national council to preserve Antigua) from 1978 to 1987.

As head of its information department, she designed and directed preservation educational programs for 10,000 schoolchildren.


Posted by Steve Wright Communications, Inc. at 2:13 PM No comments: 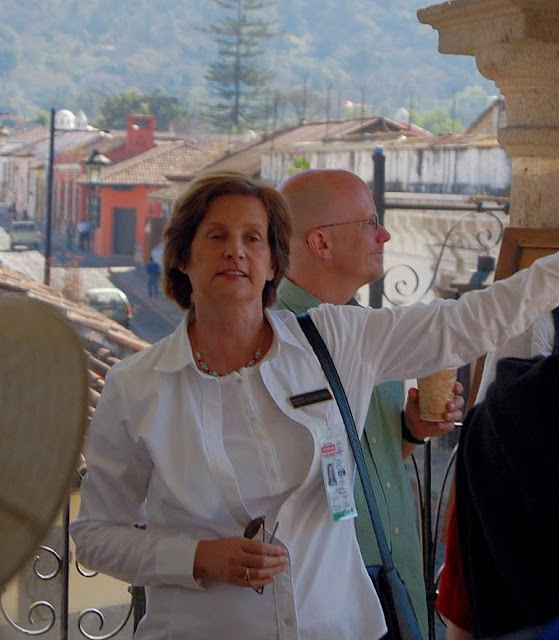 Perhaps Elizabeth Bell should be called the accidental urbanist.

That she would spend more than three decades as a leading voice for preservation of Spanish Colonial Architecture and urbanism in Antigua, Guatemala is a destiny that happened by chance.

Born in Burlingame California and raised in Palo Alto until age 14, Bell came to be the bilingual voice for Antigua’s preservation because her dad was an accidental traveler.

“My father was working with Sunset Magazine in Menlo Park, California and took a trip to Costa Rica and Guatemala and fell in love with Antigua. He decided to move there with my mother and me!,” Bell explains.

For the uninitiated, Antigua is a grand city that once served as capital of Guatemala in Central America.

Ravaged by earthquakes, most of the inhabitants fled to what is now the modern capital of Guatemala City. Thankfully there wasn’t enough money to spend on tearing down the old colonial city and a few folks never moved from it.