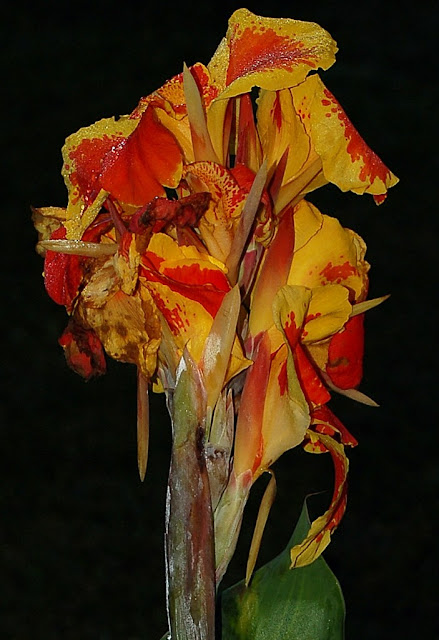 THE ONLY BLOG ON EARTH THAT COMBINES ARCHITECTURE, URBAN TRAVEL, SUSTAINABILITY
AND WHEELCHAIR ACCESS

We close out the month of October by thanking the more than 30,000 people who read this blog.

You have visited from more than 100 different nations.

Some of you are not native English speakers, but you visit our site and practice your second language -- or paste our information into online translator services -- to read our original content.

Thousands of you have contacted us personally for advice on planning wheelchair-accessible vacations.

Hundreds of leading hotels, museums, theaters and other attractions have reached out to us for advice on how to better accommodate people with disabilities.

We have resisted the offers to advertise on our blog.

We continue to provide unbiased and opinionated reportage on urban planning, progressive architecture, websites, sustainability, books and other aspects of urban life and mobility.

Thank you for reading our daily posts and please tell your friends about us.
Posted by Steve Wright Communications, Inc. at 12:30 AM No comments: 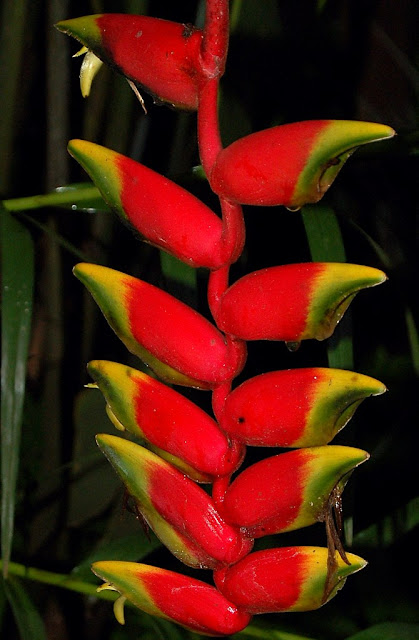 THE ONLY BLOG ON EARTH THAT COMBINES ARCHITECTURE, URBAN TRAVEL, SUSTAINABILITY
AND WHEELCHAIR ACCESS

For nearly three years, we have posted daily to this blog that explores the best of urban living -- at home and on the road -- while exploring universal design for wheelchair users and other people with disabilities.

We have taken you to Italy, Spain, Argentina, Uruguay, Mexico, Nicaragua, Costa Rica, Guatemala, Colombia, Canada, England, the Bahamas and dozens of sites around the United States.

More than 90% of the photos are from the original fine art photography collection of Steve Wright Photography.

Many of the book, music and fashion reviews are from the brilliant mind of Heidi Johnson-Wright, an award-winning author and one of the top Americans with Disabilities Act experts in the English-speaking world.

One hundred percent of our postings consists of original material.

Unlike other blogs, we do not simply paste in bits of news stories from national outlets.

Nor do we ever lift material from other blogs -- as many other blogs do to get free and easy content.

We write every day and we appreciate the tens of thousands who read our material. 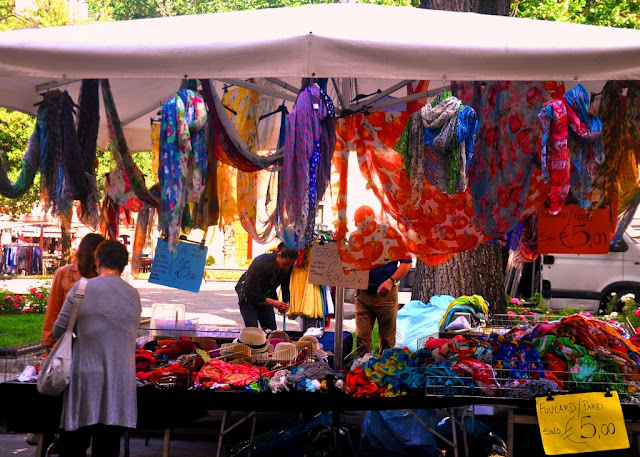 
In the 20th century, without the context of the horrors of the First World War, Dada would seem like little more than a fur-lined teacup.

And without an understanding of how the Machine Age changed civilization, Art Deco would be reduced to pretty swirling lines in building friezes.

Same goes for the Italian Renaissance.
Although Testa’s prose is occasionally clunky, she more than makes up for it with juicy tales about Brunelleschi’s gargantuan ego, a pirate turned disgraced pope, Medici family intrigue and so much more.
Once you’ve read the 229-page book, and finally find yourself in front of Botticelli’s Primavera, your breath will be taken away for all the right reasons.

Posted by Steve Wright Communications, Inc. at 1:00 AM No comments: 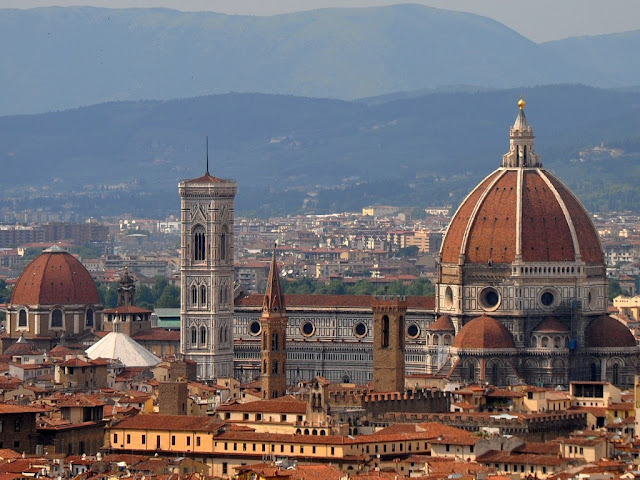 
Testa, a professor emerita at Northern Illinois University, has penned a delightfully readable guide to the best paintings and sculpture to be found in the city.

It’s not a comprehensive catalog, but rather a love letter of sorts to the iconic masterpieces that have come to be identified with this city on the Arno.
What sets Testa’s book apart from other guides is that it weaves in rich historical perspective on the artworks, delving into the worlds of 15th century sex, politics and religion.

Testa knows that placing art in historical context is essential to our understanding and appreciation of it.

AN ART LOVER’S GUIDE TO FLORENCE REVIEW CONTINUES TOMORROW, OCTOBER 28
Posted by Steve Wright Communications, Inc. at 12:30 AM No comments: 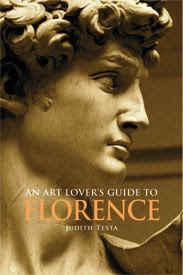 The Louvre, the Prado, and the Met are world-class art institutions: must-see attractions when visiting Paris, Madrid and New York.

No disrespect to those cities, but when it comes to art, Florence is a world apart.

The whole darn town is a work of art.
Unless you’re fortunate enough to spend several months there as a student or retiree, a visit to Firenze likely means you’ll have very limited time to take it all in.

Acquire some context and focus before you go, and the experience will be much richer.
Grab a latte, find a quiet corner and crack open Judith Testa’s An Art Lover’s Guide to Florence.

AN ART LOVER’S GUIDE TO FLORENCE REVIEW CONTINUES TOMORROW, OCTOBER 28
Posted by Steve Wright Communications, Inc. at 12:00 AM No comments: 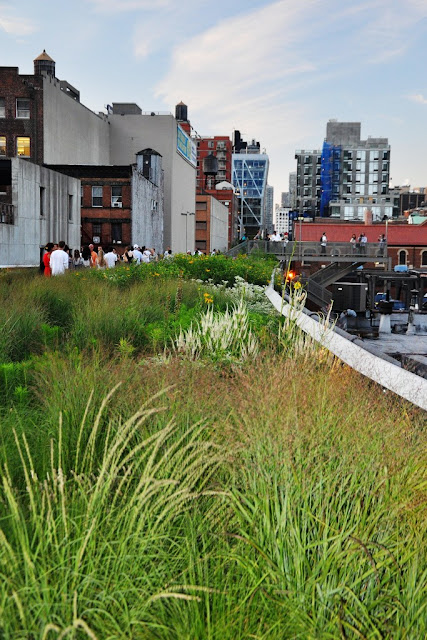 "When the High Line opened in June 2990, its signature statement, printed on signs nestled in the plantings, was 'Keep It Wild.'"

"This has been the guiding mandate of the entire preservation project."

"The wildness of the High Line -- the self-seeded plants that grew, over time, into a meadow in the sky -- was the spirit of the place that photographer Joel Sternfeld captured and Friends of the High Line dedicated itself to preserving."
One segment of the old elevated rail line remains wild: the portion that runs at west 30th Street, with a short job east toward midtown."

"When the second half of the park opened in spring 2011 everyone could behold, for the first time, what the early visitors to the former elevated railroad had seen."

"The grasses still grow wild, and the unkempt quality of the railbed beckons with the whisper of history."
"We can really imagine trains passing by on those rusty old rails."

www.thamesandhudsonusa.com
Posted by Steve Wright Communications, Inc. at 1:00 AM 1 comment: