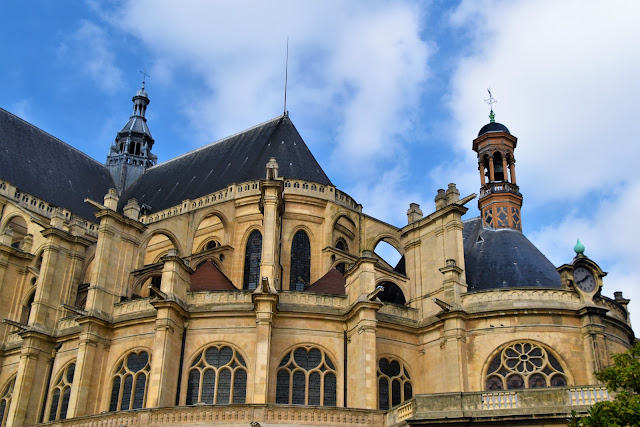 The Eglise Saint-Eustache in the heart of Les Halles is one of the most visited churches in Paris.

It is known for its unusually large dimensions, which make it seem more like a cathedral than a church, and the wealth of art works it houses.

The church was built in 1532 and subsequently restored in 1840, and therefore uses a variety of styles: the façade is Gothic, while the interior is in the Renaissance and classical styles.

The organ of Saint-Eustache is the biggest pipe organ in France, and its resident organist gives a free concert on Sunday afternoons.

In keeping with its longstanding tradition of classical music, the church hosts performances all year round by symphony orchestras and choral ensembles such as Chœurs de Radio France and the Orchestre National de France; its concerts feature on the programme of prestigious festivals like the Festival d’Automne à Paris and Paris Quartier d’Été.

Posted by Steve Wright Communications, Inc. at 12:30 AM

Labels: 1532, Eglise Saint-Eustache in the heart of Les Halles, façade is Gothic, France, longstanding tradition of classical music, Paris, while the interior is in the Renaissance and classical styles