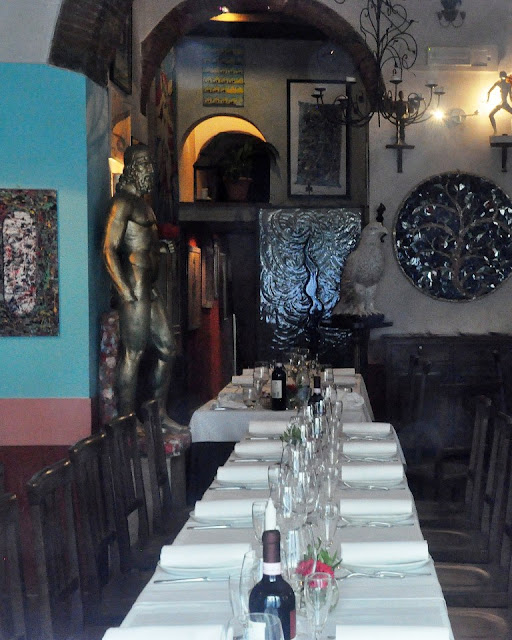 La Cucina Del Garga isn't even on the River Arno, or next to the Duomo or adjacent to the Uffizi or in the heart of the foodie Santa Croce area.

It's a beat off the beaten track, a bit north of the Basilica San Lorenzo Church and Mercato Centrale.

It even has to compete with a similarly-named restaurant that does everything it can to poach diners away from La Cucina Del Garga (more on that later).

Even the dining rooms at Garga are far from traditional.
Wildly eclectic, some would say mismatched, paintings and other objects de arte bring color, if not formality to the dining areas.

Posted by Steve Wright Communications, Inc. at 12:30 AM