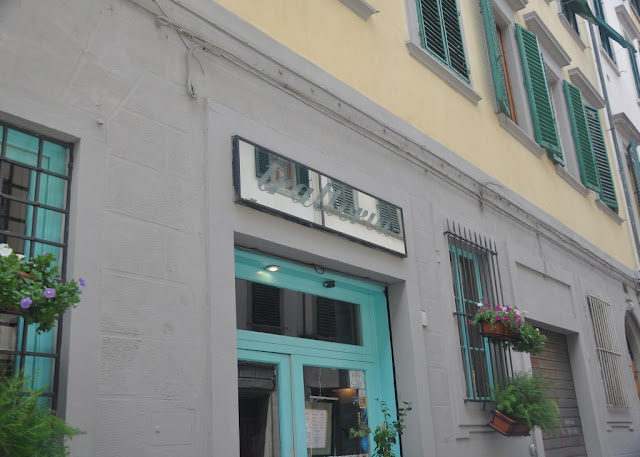 So with all against so many odds -- doing amazing things with seafood while not being in a coastal area, not having the advantage of tourist foot traffic and being based in a city more know for Michelangelo than Michelin stars -- how does La Cucina Del Garga do it?

We'll let the kitchen creations do the talking.
It should be noted that we arrived unfashionably early for lunch on a mid-week day -- a time when kitchens might not be at their peak.

We also arrived angered and disheveled -- because an idiot taxi driver ignored our pleas and deposited at the similarly-named rogue restaurant that steal customers away from Garga.

Posted by Steve Wright Communications, Inc. at 1:00 AM