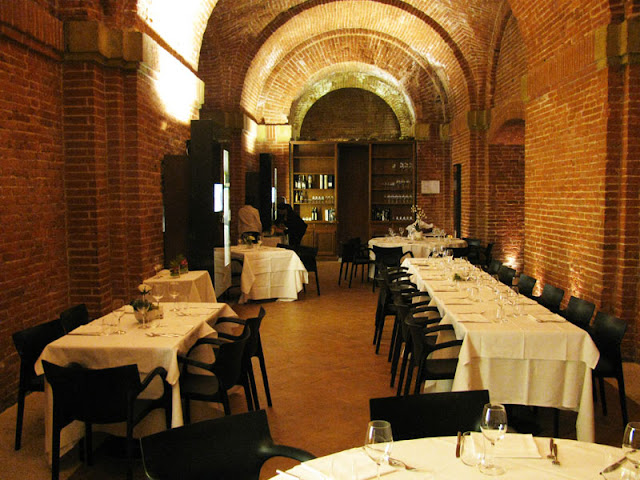 When preparing for a visit, one does not instantly think of wine -- other than the fact that every osteria, trattoria, ristorante and pizzeria worth its salt has plenty of Tuscan and reds and whites on hand.

But near the top of very steep and hilly Siena there is a veritable museum of wine nestled into a wing of a 16th century fortress.

The fort was built by the Medici family of Florence, which sacked its rival Sienna then built a fort not to protect the people of Siena, but to keep them from regaining their city from Medici forces.

The Enoteca Italiana stores more than 1,500 bottles of wine, contributed from every region in Italy.

Posted by Steve Wright Communications, Inc. at 12:00 AM