THE WANDERER'S GUIDE TO LUCCA -- PART 3 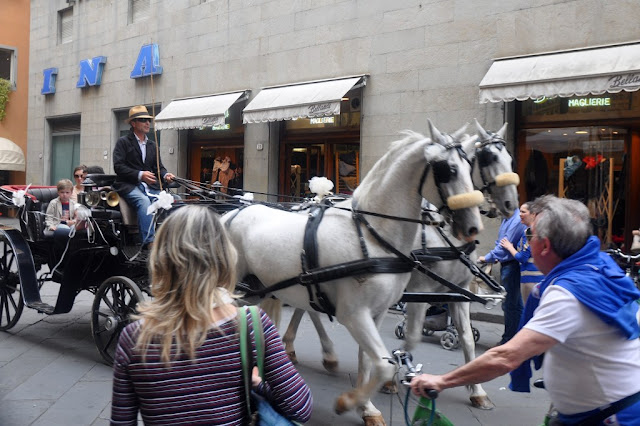 THE BEST "STORY BEHIND THE BEAUTY
AND HISTORY" GUIDEBOOK WE'VE SEEN

"Lucca has always been a border town, with a sense of independence and self-identity common to such places, perched as they are between two worlds," writes Lindquist, in the opening of his 30 pages of history about the fabled walled city.

"It lies on the northern edge of Tuscany, the first town you encounter when you descend the mountains from the north, the last when you leave for the Po valley and northern Europe."

Lindquist goes on to cite crucial dates, such as:

Order the book at www.lindquistguides.com
The Wanderer's Guide to Lucca review
continues tomorrow -- August 31
Posted by Steve Wright Communications, Inc. at 12:00 AM